For a rookie in the NFL- even a highly-touted second-round draft pick- the opportunities are going to come sparingly at first.

Seven games into his pro career, Sam Williams has yet to play more than 25 defensive snaps in a game as a Cowboy. But he sure is making the most of his limited chances.

He’s also making believers out of his coaches and teammates, even guys who’ve been around the block enough to know just how rare the 23-year-old’s talents are.

“He has a lot of DeMarcus [Lawrence]’s traits as a ballplayer in him,” Dallas defensive coordinator Dan Quinn said this week in his weekly press conference “He’s got strength, he can play violently. So when I see them together sometimes, Sam reminds me of that kind of style.”

“The ceiling is infinite with that guy,” raved none other than five-time All-Pro guard Zack Martin. “He’s still learning how to play, but just the raw ability and strength and athleticism- we saw it in training camp. When this guys puts it all together, he’s going to be pretty darn good.”

While in on less than a quarter of the team’s defensive snaps Sunday against Detroit, Williams had a stat line that practically jumps off the page.

“Outstanding,” McCarthy said immediately following the 24-6 win. “Sam is an excellent example of one of our young players playing big today. Very proud of Sam. He had some learning experiences early in the year, and I think the last two weeks, he’s flashed big-time with his opportunities.”

And while his Week 7 performance certainly was impressive, Quinn prefers to spotlight Williams’s larger trajectory in the six months since the Cowboys took him 56th overall in the draft.

“A player who has a high ceiling, it’s important that they have a good idea of where they’re at,” Quinn explained. “Sometimes a player may think they’re performing at a higher level than they really are: ‘No, I’ll beat everybody. I’ll do all this,’ when they’re really not. I think having some self-awareness about where you’re at is a good thing. Sometimes, the first year coming into an NFL system can be humbling… Sometimes those early failures aren’t the worst thing. And I’m not calling anything he did a failure. I’m saying it just doesn’t come so easy.”

To be sure, Williams is still learning. Midway through the fourth quarter, his tackle for loss on Lions running back Justin Jackson came with some WWE-caliber aggression, enough to cause his veteran teammates to look around for a penalty marker.

Sam Williams is simply too much man for these little RBs. #Cowboys pic.twitter.com/iuVJns6R1W

For his part, Williams admits he wasn’t expecting a flag.

“No, because I didn’t know that was illegal,” he said at his locker after the game. “I used to do that in college all the time. I’m starting to learn these rules.”

Although he somehow dodged a personal foul that would have moved the ball into Cowboys territory for the Detroit offense, Williams could see a monetary fine from the league for the body slam.

Quinn says he made sure his rookie learned the larger lesson, too.

“We had a good talk today. There was about 89,900 people that thought potentially there was going to be a penalty on that play. Those are not the kind of odds that we want to go with. A good teaching moment for him.”

But many of the rookie’s learnings have come at the hands of the more experienced players around him. They’re lessons that Quinn says the Ole Miss product has gone out of his way to ask for.

“One thing I do admire about him, he really leans on the veteran players and asks them questions and wants to know,” the coordinator told reporters. “And when you think he’s not paying attention, he’s paying attention. ‘Hey, remember two weeks ago when you said X, Y, and Z?’ And you say, ‘You remember that?’ [And he says,] ‘Oh yeah.’”

It’s been a rapid and steady ascent for the Alabama-born Williams over his seven outings as a pro. He didn’t log any stats in Week 1, his NFL debut. He was in on a few tackles over Weeks 2 and 3. In Week 4, he notched his first quarterback hit. In the third quarter this past Sunday, he got his first sack. Then for good measure, he also added a second and forced his first fumble… all on the same play.

Williams confessed that he thought he was down because his knee was on the ground when he gained possession of the ball. He had to be told to get up and run, and then fumbled when he was tackled. Luckily, officials ruled him down by contact and negated the gaffe.

It was a small reminder that the promising rookie still has plenty to learn. But Quinn is purposely giving Williams the in-game chances to learn those lessons now.

“With some of the younger players,” Quinn said, “there’s some on-the-job training that goes along with playing in September and October that produces better Novembers, Decembers, and Januarys because you took the chance to work through some tough problems. But if you think, ‘They’re not ready; don’t put them in,’ they never quite develop. You have to put them in, and you have to live with some problems early on, but my experience has been: you do it, and by the time you get to the later part of the season, they’re not having those growing pains anymore.”

If what Cowboys fans are witnessing now are growing pains, it’ll be opposing offenses who will really be feeling the hurt as the 2022 campaign heats up and Williams settles even further into the No. 54 jersey.

In the past, that number has been previously issued to high-potential defensive players- Bobby Carpenter, Bruce Carter, Jaylon Smith, to name a few- who the club hoped might turn into the next Chuck Howley or Randy White.

So far, Williams seems to be doing the little things to line himself for that latter path. But he knows he’s not there yet.

“For Sam, he knew he wants to grow and get better,” shared Quinn. “As long as you have that, that [the] attitude to improve and grow is there, then I think you have something that you can become special. If the player already thinks they’ve arrived and haven’t had to develop- like, ‘Why do I got to do this extra [expletive]?’- then it’s like, ‘Man, you’re missing it, bro.’”

Right now, Sam is not missing much at all. 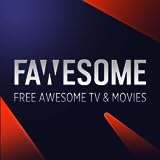 (52580)
$0.00 (as of January 31, 2023 11:18 GMT -05:00 - More infoProduct prices and availability are accurate as of the date/time indicated and are subject to change. Any price and availability information displayed on [relevant Amazon Site(s), as applicable] at the time of purchase will apply to the purchase of this product.)

The House of Wolves: Bolder Than Yellowstone or Succession, Patterson and Lupica's Power-Family Thriller Is Not To Be Missed

(3588)
$14.99 (as of January 31, 2023 11:18 GMT -05:00 - More infoProduct prices and availability are accurate as of the date/time indicated and are subject to change. Any price and availability information displayed on [relevant Amazon Site(s), as applicable] at the time of purchase will apply to the purchase of this product.)

$79.99 (as of January 31, 2023 11:18 GMT -05:00 - More infoProduct prices and availability are accurate as of the date/time indicated and are subject to change. Any price and availability information displayed on [relevant Amazon Site(s), as applicable] at the time of purchase will apply to the purchase of this product.)

How to Be a (Young) Antiracist

20% Off $19.99 $15.99 (as of January 31, 2023 11:18 GMT -05:00 - More infoProduct prices and availability are accurate as of the date/time indicated and are subject to change. Any price and availability information displayed on [relevant Amazon Site(s), as applicable] at the time of purchase will apply to the purchase of this product.) 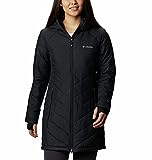