Willy Adames “Had Conversations” With Brewers About Contract Extension


“I’m always open to listen to what they’re thinking, and if it’s something that’s good for both sides, I’m open to it,” Adames said.  “I let my agent handle that.  I love it here, I feel good here, I feel comfortable here and I wish I could stay here the rest of my career.”

The exact timing of these talks isn’t known, though they did take place at some point before David Stearns stepped down as the Brewers’ president of baseball operations in late October.  The nature or extent of the negotiations also isn’t known, such as whether the front office and Adames’ agents at CAA Sports had only some broad discussions of Adames’ future, or if they actually exchanged some numbers or floated contract scenarios.

The fact that Stearns is no longer running baseball operations could also be a factor in any future negotiations, though Stearns remains with the Brewers as an advisor, and it isn’t yet clear how things might change in Milwaukee now that GM Matt Arnold has the reins in the front office.  While the Brew Crew has opened up some payroll space in declining Brad Boxberger’s club option, waiving Brent Suter, and trading Hunter Renfroe to the Angels, these moves aren’t necessarily indicative of a rebuild.  The Brewers have routinely looked to maintain a modest payroll while also making less-heralded and less-expensive moves to keep the team competitive.

Extensions have also been part of the strategy, with Christian Yelich’s seven-year, $188.5MM deal standing out as far and away the biggest contract in franchise history.  More recent deals for Freddy Peralta and Aaron Ashby were much more modest, and looked to lock up some cost certainty on both pitchers earlier in their careers, whereas Yelich already had an NL MVP Award and an MVP runner-up on his resume at the time of his extension.  Yelich was also playing on a previous extension signed back during his days as a member of the Marlins.

Adames represents something of a middle ground between Yelich and Peralta/Ashby, even if a contract extension would certainly be closer to Yelich’s numbers.  The shortstop turned 27 last September, so Adames will be entering his age-29 season if he does hit the open market following the 2024 campaign.  Adames earned $4.6MM in 2022 (his first year of arbitration eligibility), and is projected to exactly double that figure to a $9.2MM salary in 2023.

Trying to pick a comp for Adames is a little difficult at this point, since such free agent shortstops as Carlos Correa, Trea Turner (also a CAA client), Xander Bogaerts, and Dansby Swanson are all likely to reset the market with their new contracts.  Since most extension talks don’t take place until Spring Training anyway, Adames’ representatives will likely wait and see how the “big four” shortstops fare before exploring what Adames could earn on a long-term deal.

Adames has delivered plenty of pop throughout his career, especially after being traded from the Rays to the Brewers early in the 2021 season.  The shortstop has hit .256/.325/.483 with 51 homers over 1030 plate appearances in a Brewers uniform, and over his career as a whole, Adames has a 111 wRC+ — a solid number for any player, but particularly from the shortstop position.  Adames has also performed well in the field since the start of the 2019 season, at least in the view of the Defensive Runs Saved (+20) and UZR/150 (+2.9) metrics.  The Outs Above Average metric was much more down on Adames before 2022, when he suddenly posted a +10 OAA.

There is some sense that Adames might yet have more offensive potential in him, especially if he can translate his hard contract into more hits.  Adames had elite barrel-rate metrics in 2022 and an above-average hard-hit ball rate, though he hit only .238 with a .298 on-base percentage.  As he told McCalvy, “I don’t even know how to feel about my numbers.  It’s weird.  Obviously, I want to be more consistent next year and just try to eliminate those long slumps and just be better.”

Adames’ walk rate has fluctuated over the years, dipping to a below-average 7.9% in 2022.  But, the biggest fix for Adames would be to correct some of the swing-and-miss in his game.  Since making his MLB debut in 2018, only 31 qualified players in all of baseball have a higher strikeout rate than Adames’ 28.2% career number.  This is the kind of stat that could give the Brewers some pause in deciding whether or not to extend Adames, if the team’s payroll situation wasn’t already an obstacle.

Yelich’s salary will alone take up a significant chunk of Milwaukee’s future expenditures, and the Brewers also have to consider whether Corbin Burnes or Brandon Woodruff might be extension candidates.  Both All-Star pitchers are also set for free agency after the 2024 season, though recent reports suggest that the Brewers aren’t looking to trade either Burnes or Woodruff for salary relief just yet.  It could be that the Brew Crew keeps Burnes, Woodruff, and Adames all in the fold through 2023 to take another shot at contention, and then some tougher decisions could be saved until next winter.

Waiting would also give the Brewers more time to evaluate whether or not they have a successor on hand for Adames at shortstop.  2022 first-round pick Eric Brown just completed his first year of pro ball, and Brice Turang (a first-round in the 2018 draft) is expected to make his MLB debut sometime next season.  Turang is considered to be a capable shortstop, but he might break into the Show as a second baseman or perhaps an outfielder, depending on the Brewers’ needs at either position.

(21)
(as of November 26, 2022 17:42 GMT -05:00 - More infoProduct prices and availability are accurate as of the date/time indicated and are subject to change. Any price and availability information displayed on [relevant Amazon Site(s), as applicable] at the time of purchase will apply to the purchase of this product.) 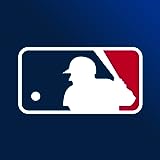 (103744)
$0.00 (as of November 26, 2022 17:42 GMT -05:00 - More infoProduct prices and availability are accurate as of the date/time indicated and are subject to change. Any price and availability information displayed on [relevant Amazon Site(s), as applicable] at the time of purchase will apply to the purchase of this product.)

(9377)
$3.99 (as of November 26, 2022 17:42 GMT -05:00 - More infoProduct prices and availability are accurate as of the date/time indicated and are subject to change. Any price and availability information displayed on [relevant Amazon Site(s), as applicable] at the time of purchase will apply to the purchase of this product.)

$2.99 (as of November 26, 2022 17:42 GMT -05:00 - More infoProduct prices and availability are accurate as of the date/time indicated and are subject to change. Any price and availability information displayed on [relevant Amazon Site(s), as applicable] at the time of purchase will apply to the purchase of this product.)

A Farm Life: Observations from Fields and Forests