Week in Iowa: Recap of news from across the state Trump hinted at seeking another term for president and continued to push discredited claims of election fraud in 2020.

A supporter waits for former President Donald Trump to arrive at a rally Thursday in Sioux City. (Charlie Neibergall/Associated Press)

Election Day is Tuesday: Election Day is right around the corner. Iowans on Tuesday will have the chance to vote for candidates for Senate, governor, U.S. House and a slate of statewide, legislative and county offices.

As of Thursday, more than 270,000 people had voted early and an additional 35,500 people had requested absentee ballots. The early voting totals are down from this time in 2018, when Iowans had 29 days to vote early instead of 20. Some auditors said this shorter window has led to lower early turnout, but it’s unclear how it will affect total turnout.

In Cedar Rapids, Franken hammered his message that incumbent Republican U.S. Sen. Chuck Grassley has been in office too long, and said the senator is beholden to special interests and the Republican Party.

Judge orders masks can be required: Iowa schools must consider requests from parents that students and teachers wear face masks around medically vulnerable children, a federal judge ruled this past week. Gov. Kim Reynolds said shortly after the ruling she plans to appeal it.

The ruling stems from a lawsuit over a state law that prohibits schools from requiring masks. Parents of students with medical vulnerabilities, who filed the lawsuit, argued the law violated federal protections for people with disabilities. Doctors testifying before the court said the children would be better protected if staff and students near them wore masks.

“In order to make our country successful, and safe and glorious, I will very, very, very probably do it again, OK?” — Former President Donald Trump, speaking in Sioux City on his plans to seek the White House again.

“We deserve something other than a senator for life, who lines his campaign coffers and his pockets on our dime with special interest money.” — Democratic U.S. Senate candidate Mike Franken

Prosecutors name motive in Fairfield slaying: Prosecutors said two Fairfield teenagers accused of killing their teacher last year did so because of a bad grade. Investigators say one of the teens met with the teacher, Nohema Graber, to discuss a grade the day before authorities found her body. Graber later drove her van to a nearby park where she took daily walks, authorities say. Witnesses said they saw two males in the front seat of the van driving out of the park that evening.

Secretary of State targets election misinformation: Iowa’s Secretary of State Paul Pate, a Republican, has been working to dispel misinformation about election security during this midterm election, even as some candidates in his party share those same myths. Pate’s office has noted Iowa’s vote tabulators are not connected to the internet, and they’re stored securely and audited, and post-election audits are conducted in each county. Pate also announced all 99 counties would be required to conduct two hand-counted audits of races at individual precincts after the election.

Miller, state AGs to settle with pharmacies: Iowa Attorney General Tom Miller and a group of other state attorneys general have reached a settlement with CVS and Walgreens that would provide $10.7 billion to state and local governments. The AGs said the companies ignored concerns over opioid prescriptions and did not do enough to prevent abuse of the drugs.

Black on Both Sides

(301)
(as of December 7, 2022 10:48 GMT -05:00 - More infoProduct prices and availability are accurate as of the date/time indicated and are subject to change. Any price and availability information displayed on [relevant Amazon Site(s), as applicable] at the time of purchase will apply to the purchase of this product.)

The Boys from Biloxi: A Legal Thriller

(19176)
$14.99 (as of December 7, 2022 10:48 GMT -05:00 - More infoProduct prices and availability are accurate as of the date/time indicated and are subject to change. Any price and availability information displayed on [relevant Amazon Site(s), as applicable] at the time of purchase will apply to the purchase of this product.) 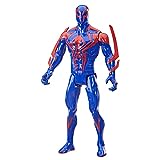 (35)
$16.99 (as of December 7, 2022 10:48 GMT -05:00 - More infoProduct prices and availability are accurate as of the date/time indicated and are subject to change. Any price and availability information displayed on [relevant Amazon Site(s), as applicable] at the time of purchase will apply to the purchase of this product.)

Angels In The Outfield