Pfizer is testing a new vaccine that inoculates against Covid and flu amid sluggish uptake of both shots.

The first patient was given the two-in-one vaccine this week as clinical trials got underway. In total 180 patients will be recruited for the study.

Pfizer’s new shot targets the Omicron variant and its offshoots as well as four strains of influenza.

Rival vaccine-maker Moderna is also testing a vaccine targeting Covid and flu, as well a triple-shot that also immunizes against RSV.

None are expected to be ready for this year’s flu season, which is already the worst in over a decade piling pressure on hospitals.

Uptake of the updated bivalent booster vaccine is lagging in the US, with just a handful of Americans who are eligible coming forward.

The numbers coming forward for the flu vaccine are also down, with 18 per cent fewer jabbed now than this time last year.

Pfizer cashed in on the Covid pandemic vaccine rush, making $21.98billion in profits last year. Only Novartis — behind many cancer treatments — made more.

The pharma giant is also working on an RSV-fighting jab, which it revealed yesterday was 80 per cent effective in infants. The above graph shows the number of positive tests for RSV viruses by date in the United States. It reveals they have now reached their highest levels since 2020, before the pandemic began. Data is from the Centers for Disease Control and Prevention

Pfizer revealed that the first patient was injected in its Phase 1 trials this week.

These tests are to ensure the vaccine is safe and effective and to work out the best dose.

But the new vaccine will need to go through more tests before it can be rolled out nationwide.

The trial will recruit 180 people in the US who are between 18 and 64 years old, who will be followed for six months and compared to a control group who did not get the shot.

All participants are required to have received at least three doses of the Pfizer Covid vaccine, or a primary series plus a booster.

A Pfizer spokesperson told DailyMail.com there were no plans to develop this vaccine to replace the standard two-dose Covid jab.

‘Pfizer is deeply proud of our continued work to explore its potential to protect against influenza and Covid in one combination vaccine,’ she said.

‘We think [this] could simplify immunisation practices against these two respiratory pathogens, potentially leading to better vaccine uptake for both diseases.

‘Even with existing seasonal influenza vaccines, the burden of this virus is severe across the world causing thousands of deaths and hospitalisations every year.’

Currently the flu vaccine is rolled out every year to shore up immunity against the virus among those who are more vulnerable.

But scientists expect the Covid shot will also be needed annually, spurring efforts to combine them to avoid the need for two vaccines.

This autumn the US Government began rolling out an updated bivalent booster vaccine, that targets Omicron variants BA.4 and BA.5.

But uptake has been slow with just 22million of the 226million eligible — or 10 per cent — having come forward more than a month into the roll out.

Medics have blamed a general sense of the Covid pandemic being over for the low uptake.

Vaccinations with the flu shot are also lagging with 128million shots distributed so far this year, compared to 156million at this time during the first winter of the pandemic, a drop of 18 per cent.

Yesterday it revealed its experimental RSV vaccine was highly effective, reducing the risk of hospitalization in infants by 80 per cent.

Pfizer has announced its experimental RSV vaccine is highly effective — in a glimmer of hope for parents and doctors.

The pharmaceutical giant announced its shot can reduce the risk of hospitalization among infants up to six months of age infected with the seasonal virus.

If approved, it would be the first vaccine for RSV, which kills between 100 and 500 children under five and hospitalizes about 58,000 each year.

That could prove a lifeline for hospitals which are currently overwhelmed with unseasonably high cases of the virus – which has been blamed on lockdowns suppressing children’s immunity.

The vaccine is administered to pregnant women during the late second to third trimester of their pregnancy. Vaccination during pregnancy allows the antibodies to travel into the placenta, conferring protection to the fetus.

Pfizer’s trial included 7,400 pregnant women in 18 countries who either received a dose of the experimental vaccine or a placebo.

Pfizer expects to finalize its petition for approval from the Food and Drug Administration by the end of 2022, potentially setting up a federal go-ahead before the next respiratory infection season kicks off.

(40)
$9.99 (as of January 28, 2023 14:00 GMT -05:00 - More infoProduct prices and availability are accurate as of the date/time indicated and are subject to change. Any price and availability information displayed on [relevant Amazon Site(s), as applicable] at the time of purchase will apply to the purchase of this product.) 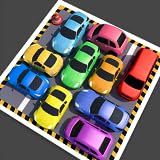 (568)
$0.00 (as of January 28, 2023 14:00 GMT -05:00 - More infoProduct prices and availability are accurate as of the date/time indicated and are subject to change. Any price and availability information displayed on [relevant Amazon Site(s), as applicable] at the time of purchase will apply to the purchase of this product.) 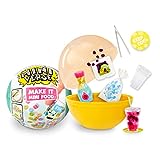 (80)
$6.97 (as of January 28, 2023 14:00 GMT -05:00 - More infoProduct prices and availability are accurate as of the date/time indicated and are subject to change. Any price and availability information displayed on [relevant Amazon Site(s), as applicable] at the time of purchase will apply to the purchase of this product.)

10% Off $29.99 $26.99 (as of January 28, 2023 14:00 GMT -05:00 - More infoProduct prices and availability are accurate as of the date/time indicated and are subject to change. Any price and availability information displayed on [relevant Amazon Site(s), as applicable] at the time of purchase will apply to the purchase of this product.)